It is an intriguing story found in 1 Kings 3. “At Gibeon the LORD appeared to Solomon in a dream by night. And God said, ‘Ask! What shall I give you?’”1

As an educator, what would you do with a blank check? Would you ask for a new building? For more students? For needed faculty? For a large endowment? What would you request?

Solomon said: “‘Give to Your servant an understanding heart to judge Your people, that I may discern between good and evil.’”

What do you think? Was it a good choice?

Scripture records that “the speech pleased the LORD.” God was evidently impressed and said to Sol­omon: “‘Because you have not asked long life for yourself, nor have asked riches for yourself, nor have asked the life of your enemies, but have asked for yourself understanding to discern justice, behold, I have done according to your words; see, I have given you a wise and understanding heart. . . . And I have also given you what you have not asked: both riches and honor. . . . If you walk in My ways, to keep My statutes and My commandments . . . then I will lengthen your days.’”

Did Solomon’s choice make a difference? Did his priorities yield tangible results?

Consider the experience of a visitor to Solomon’s kingdom. “When the queen of Sheba heard of Solomon’s fame, which brought honor to the name of the LORD, she came to test him with hard questions. When she met with Solomon, . . . . Solomon had answers for all her questions; nothing was too hard for the king to explain to her.”2

If we place this incident in the context of education, we notice that the Queen of Sheba came to the school because she had heard that something remarkable was taking place, something that placed God in a position of honor. When she arrived, however, she did not simply accept matters at face value. She asked probing questions, and the leaders of the school were able to share with her the reason for each aspect of the program.

As a result, the Queen of Sheba “was overwhelmed,” enthralled with what she was experiencing. What was it that so impressed her? “She was amazed at the food on his tables, the organization of his of­ficials and their splendid clothing, the cup-bearers, and the burnt offerings Sol­omon made at the Temple of the LORD.”

It may be instructive to highlight the five aspects that were most prominent. First, she noticed the diet. The food served at the school was different from that provided in the schools with which she was familiar. Next, she observed the manner in which the school was organized, noting an orderly approach in the delegation of authority and responsibility. Third, she was impressed with the distinctive and yet attractive way in which those at the school were dressed. Her attention then turned to the cupbearers. She noticed that the staff were faithful, trustworthy, and committed to service. Finally, she was amazed with the spiritual ethos of the school, the manner in which the worship of God was conducted throughout the educational program.

After reviewing the school, what did the Queen conclude? “‘Everything I heard in my country about your achievements and wisdom is true!’” she announced. “‘I didn’t believe what was said until I arrived here and saw it with my own eyes. In fact, I had not heard the half of it!’” Then she added: “‘How happy your people [your students] must be! What a privilege for your officials [your teachers] to stand here day after day!’”

What were the results of this assessment? The Queen of Sheba exclaimed: “‘Praise the LORD your God, who delights in you and has placed you on the throne.’” The most important outcome is that the success of the school is attributed to the blessing of God. But there was more. “Then she gave the king a gift of 9,000 pounds of gold, great quantities of spices, and precious jewels.” The school receives a major gift, an indication of the appreciation and confidence that she has in the school.

The reputation of the school continued to extend worldwide. “So King Solomon became richer and wiser than any other king on earth. People from every nation came to consult him and to hear the wisdom God had given him.”

In Seventh-day Adventist education, we have a favorite passage: “The LORD will make you the head and not the tail.”3 As educators, we want our institutions to be the head. But what does this mean, and what is the condition of attainment?

To understand the meaning of this passage, we should note the following phrase: “You shall be above only, and not beneath.” To be the head, then, means that we will be successful, superior in every essential aspect. But how will we define success? Will the criteria be newly updated facilities, optimum enrollment, highly qualified faculty, better funding?

The more important question is, How does God define success? Ellen White wrote: “Increasing numbers in your college is no evidence that your labors are being crowned with success. It is the strength of moral power increasing and pervading the college that testifies of its prosperity.”4 Later she would add, “What is needed to give success? A large, expensive building? If so, we cannot have success. But this does not give success. It is the atmosphere of grace which surrounds the soul of the believer, the Holy Spirit working upon mind and heart, which makes him a savor of life unto life and enables God to bless his work.”5

Aren’t growing enrollments, balanced budgets, and representative facilities important indicators of success? While these have their place, the evidence of success in God’s perspective is found in “the strength of moral power” and “the atmosphere of grace.” Indeed, when God established a school in Eden, a school which was to be “a model for human beings throughout all time,”6 enrollment was two and the buildings were none. What made the difference? God was the teacher.

What, then, is the condition of authentic success in our schools, colleges, and universities? The final part of the verse points to the answer: “The LORD will make you the head . . . if you heed the commandments of the LORD your God, and are careful to observe them.” To state it another way: “Seek first the kingdom of God, and his righteousness; and all these things shall be added to you.”7 Or as God said to Solomon, “If you walk in My ways, to keep My statutes and My commandments.”8

As Solomon discovered, priorities matter. Our points of reference are not secular educational institutions. Our benchmark is the Word of God. Our overarching goal is not to be successful. Our purpose is to be faithful. Because when we are faithful to the divine plan, we are then truly successful.

Ellen White reminds us: “As our work has extended and institutions have multiplied, God’s purpose in their establishment remains the same. The conditions of prosperity are unchanged.”9 “With us, as with Israel of old, success in education depends on fidelity in carrying out the Creator’s plan.”10

Perhaps the Old Testament prophet, Zechariah, sums it best. “‘Not by might, nor by power; but by my Spirit,’ says the Lord of hosts.”11 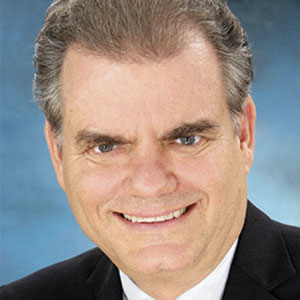 John Wesley Taylor V, PhD, EdD,is an Associate Director of the Department of Education at the General Conference of Seventh-day Adventists in Silver Spring, Maryland, U.S.A. He may be contacted at [email protected] 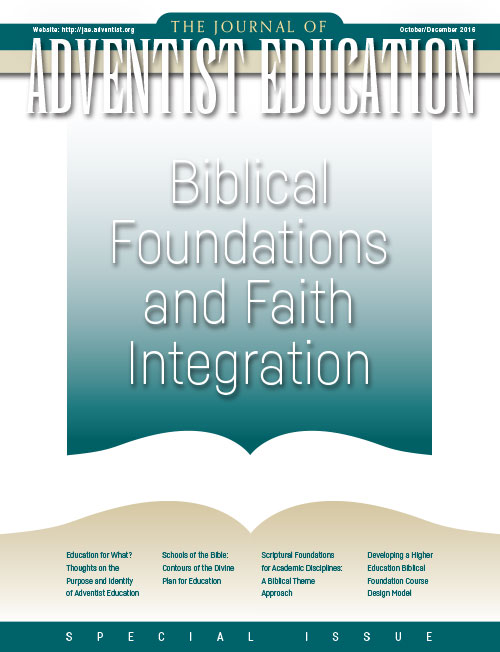