English-as-a-Second-Language (ESL) programs on U.S. college campuses play a vital role in helping students develop academic English skills to a certain threshold of success, usually defined by a particular score on a language proficiency test such as the Test of English as a Foreign Language (TOEFL). However, educators who teach mainstream college classes may expect that threshold of success to be defined as native-like use of English.1 These educators are surprised to find that while some students who completed the ESL program or scored high enough on the TOEFL meet this expectation, others are still developing their English skills. As a result, these students continue to be referred to as “ESL” students even though they are enrolled in mainstream college classes.2

College educators often find ESL student writing especially unpredictable. Students who appear native-like in conversation and demeanor can still make “ESL” errors in their writing such as inaccurate mixing of verb tense or incorrect use of articles. At the same time, ESL students who struggle with listening and speaking might also struggle with writing, or they may produce writing at a higher level than expected. Consequently, many college educators who regularly assign writing in their classes find ESL student writing challenging to read and assess.

The purpose of this article, therefore, is to offer insight on how college educators can better understand ESL students in their classrooms, particularly from three different perspectives: ESL students’ backgrounds, the texts they produce, and the errors they make. The article then concludes with four suggestions for how educators may use this new understanding to choose teaching practices that will help ESL students succeed in mainstream college classes.

The most recent Open Doors Report from the Institute of International Education reveals that more than one million international students were enrolled in U.S. colleges and universities in the 2015-2016 academic year, a seven percent increase over the previous year and the continuation of a broader increase over the past 50 years.3 Many of these international students are English-language learners who enroll in college ESL programs before entering undergraduate- and graduate-degree programs. Also, the Open Door Report statistics do not account for the children of immigrants who have become permanent residents or naturalized citizens but still identify as ESL students upon entering college.

Consequently, U.S. college classrooms today are comprised of growing numbers of ESL students with varying backgrounds. In most cases, these students have successfully completed ESL programs or scored high enough on a language proficiency test to enroll in mainstream classes. Some of them could still benefit from additional English-language support. Others may appear to no longer need English-language support but actually do need assistance in various areas, including writing.

Joy Reid, a TESOL (Teaching English to Speakers of Other Languages) scholar specializing in ESL writing, provides a useful way of understanding how these students’ varying backgrounds reveal their different needs as college writers. She calls international ESL students “eye” learners because although a majority of them have learned English “through their eyes [by] studying vocabulary, verb forms, and language rules,”4they may have limited experience using conversational English. Because of their status as international students, these “eye” learners have often developed sophisticated literacy skills in their first languages and may have potentially transferable academic writing abilities from their secondary or even tertiary school experiences. Consequently, some international students struggle conversationally in class but show an ability to produce acceptable-quality academic genres such as essays, research papers, lab reports, and proposals.

At the same time, international students can vary widely. Some may come from countries where English is used in educational contexts, while others may not. Some come from educational backgrounds where lecture-based, teacher-centered classes are the norm and view collaborative, student-centered classes as unfamiliar and even unnerving. Other international students may have a difficult time being critical in their writing, as they have been taught to respect the authority of published texts. For these students, taking a stance questioning the view of a celebrated scholar or writer is counterintuitive.

Furthermore, Reid calls U.S. citizen and permanent-resident ESL students “ear” learners because a majority of these students have lived in the U.S. for an extended period of time and have “[learned] English principally through oral trial and error.”5 These “ear” learners have had more exposure to conversational English than their “eye” learner peers. “Ear” learners may also be more comfortable with U.S. classroom practices than international students, since many of them attended U.S. middle and high schools. However, these students may struggle with writing. Many of them began formal schooling in the U.S. at a young age but continued to speak their first language at home, so they may not have fully developed literacy skills in either their first language or in English.6 Thus, U.S. citizen and permanent-resident ESL students may need extra assistance with their writing despite their apparent comfort levels in the classroom and ability to converse without difficulty.

Even when ESL students have demonstrated a high proficiency in English, perhaps by successfully completing an on-campus ESL program or by scoring well above the college’s required score on the TOEFL, it is not unusual for them to still struggle with writing assignments in mainstream college classes. One possible explanation for this comes from contrastive rhetoric scholarship (the study of how writing in a second language is influenced by first language and culture). A subfield of TESOL, contrastive rhetoric is rooted in the work of Robert Kaplan, who in 1966 published a groundbreaking article suggesting that ESL writing can be difficult to read from a Western educator’s point of view because of cultural differences in “thought patterns” that shape the logic and organization of such writing.7

According to Kaplan’s argument, based on analysis of writing authored by students from different cultural backgrounds, ESL students write and produce texts that are logical (i.e., they make sense) from a particular cultural perspective of the writer, but read in the context of another cultural perspective are illogical and do not make sense.8 ESL writers from Korea or Japan, for instance, might not explicitly state the main point (thesis) until the very end of an essay, which reflects accepted rhetorical practice in those cultures. For readers expecting the seemingly linear organizational pattern of writing in English—main point stated up front, followed by detailed support—Korean and Japanese students’ texts in English may appear indirect and unfocused.

“Educators who recognize that ESL students are a diverse, legitimate, and numerous part of the core group can begin to see them less and less as ‘ESL’ and more and more as biology students or en-gineering students. . . .”

Since Kaplan’s publication, many scholars have studied contrastive rhetoric in ESL writing. One particularly significant revelation to emerge from this scholarship is that English is a “writer-responsible” language, meaning that the onus is placed on writers of texts in English to make the writing explicit and understandable.9 ESL writers, however, may come from cultures where the language is “reader-responsible” (e.g., Korean and Japanese), meaning that it is understood that readers make an effort, as part of the reading process, to understand the main point of a text, which is often only implicitly stated.10

The challenges that ESL writers face in mainstream college classes, therefore, can go beyond language issues. These students may demonstrate adequate vocabulary and knowledge of English grammar, but lack awareness of their expected “writer responsibility” or of the organizational patterns that define the many different academic genres U.S. college professors assign in their classes. As a consequence, ESL writing, even if it is clear and mostly error-free, can sometimes come across as indirect, clichéd, or overly personal when educators are expecting focused analysis, objective stances, and a demonstration of critical thinking. The simplistic nature of some ESL writing may reflect the student’s unawareness of implicit expectations about writing in mainstream U.S. college contexts and have nothing to do with a lack of English-language proficiency or an inability to think in a sophisticated way. For these students, explicit instruction on educators’ expectations for written work may go a long way toward helping them succeed.

Research has revealed certain identifiable error patterns common to ESL writers. Handbooks and textbooks designed for mainstream college writing classes (i.e., “Freshman English”) are beginning to address these errors as more and more ESL students enroll in U.S. colleges. For instance, the most recent edition of A Pocket Style Manual, a popular handbook used in first-year college-writing classes, includes a whole section on “grammar concerns for multilingual writers.”11 Likewise, What Every Multilingual Student Should Know About Writing for College identifies the “top ten” errors made by ESL writers.12 Both handbooks focus on language issues involving vocabulary, verb tense, articles, parts of speech, and prepositions, areas of English that ESL writers commonly find challenging.

Most ESL writers who attend mainstream college classes have demonstrated English proficiency by either completing an on-campus ESL program or by passing a language proficiency test such as the TOEFL. Why, then, do ESL writers still make “ESL” errors in their writing, sometimes to such a degree that the overall effectiveness of their written work is compromised?

Dana Ferris, who has devoted her career as a TESOL scholar to studying ESL writing errors, cites research showing that “error is a natural part of language acquisition . . . it may even signal progress rather than deficiency . . . [and] language acquisition takes time and requires both effort and patience.”13 Research also shows that students who are given the time to develop the skill to edit their own work (rather than having each error marked by an instructor) will become more proficient over time.14

In short, ESL writers need opportunities to make errors and to discover and remedy these errors on their own. This is true even if such students have scored well on the TOEFL or have successfully completed an ESL program. Despite having developed a strong foundation in English, they still need ongoing practice to develop their skills. College educators who see ESL writing errors as a natural part of the learning process and consequently give ESL writers the space to make errors—primarily by encouraging self-correction of errors and giving students the chance to edit and revise written work even after it has been turned in and graded—serve these students well.

Cultivating a Culture of Success 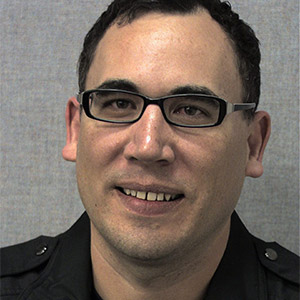 Christian Stuart, PhD, is currently Director of the Center for Intensive English Programs (CIEP) and Assistant Professor of English at Andrews University in Berrien Springs, Michigan, U.S.A. He earned his doctorate in English from the University of Washington in Seattle, Washington, U.S.A. Dr. Stuart began teaching in 1997, and he has taught English in South Korea and Japan, and college writing at several colleges and universities in the Seattle area. His areas of interest and expertise are TESOL theories and methods, ESL writing, composition studies, and research on multilingual students’ college writing experiences. 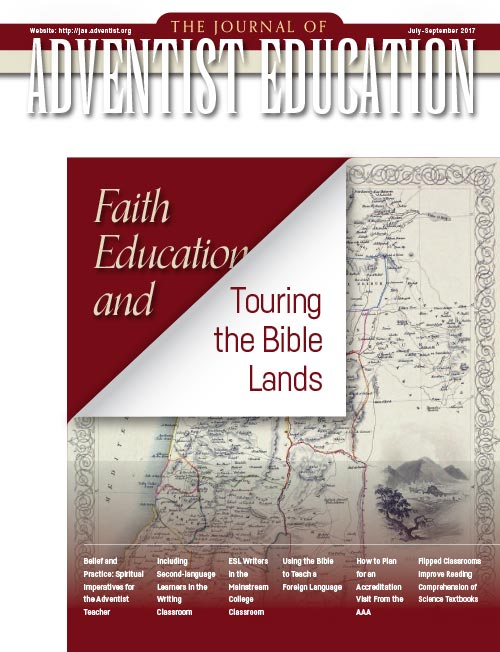