Winston Churchill guided Great Britain through the devastation of World War II with a firm hand and constant reassurance of what they could accomplish together. When he became prime minister of the island nation and its territories in 1940, victory seemed unrealistic both within and from outside the British Isles. Germany had already invaded Czechoslovakia and Poland. On the day Churchill became prime minister, the Netherlands and Belgium were under attack by the German war machine. It is little wonder that on May 13, 1940, Churchill told his people: “I have nothing to offer but blood, toil, tears and sweat.”1 By the end of May, the people of Great Britain felt isolated and near defeat. The prime minister realized that they needed to be emboldened to fight and sacrifice.


Churchill understood that in order to win the war, he had to garner the citizenry’s total support for the lonely fight against the Axis powers while continuing to bolster their confidence throughout the conflict. During the darkest days of the 1940s, Churchill understood a basic tenet of leadership: A leader must have the support of his or her constituency to achieve change. As Christian educators in a mortal fight for the minds of our children, we must garner the support and confidence of the constituency with the same passion that Churchill demonstrated.

Paul Delano2 was a product of Christian education and a successful businessman. As he sat in the rear of the church enjoying the back-to-school concert, he inwardly debated the amount of the gift he should place in the offering plate. He wrote a check for US$1,000 and relaxed to enjoy the remainder of the program, content that he had done his part. But something happened to Paul as the student giving the closing prayer thanked God for the generous offerings received. He found himself reflecting on the dreams the students shared about what they hoped to become, and the principal’s desire a more technology resources to help students accomplish these goals.

The following Monday morning, Paul rescheduled a business trip to California and visited the principal’s office so he could discuss the technological future of the school. After hearing the principal’s dream to begin a robotics team, Paul shared that his business provided robotics training for medical professionals. He asked the principal: “What would it take to make your dream a reality?”

Paul began organizing church members to partner with him, and together they raised funds to outfit a new technology center for the school. This partnership expanded to providing guest speakers, workshops, and financial assistance for students to participate in technology programs on a regular basis. Eventually, the school established an award-winning robotics team where participating students performed beyond what they ever imagined they could. This all happened because a church member, with no children of his own in the local school, was impressed to get involved.

It should be noted that prior to the back-to-school concert, Paul and the principal had never met. Yet, her enthusiasm about what could be accomplished with new technology captured the imagination of her students and they, in turn, were able to inspire others. The principal never thought someone would be so generous with his or her personal funds and limited time. The principal never asked Paul to give. The students tugged at his heart at the concert, so he gave. He was inspired by the student’s prayer, and he organized others to give even more.

When asked why he raised more than US$100,000 and volunteered hundreds of hours, Paul replied: “This is God’s school. All of the children belong to us. We need to do what we can to give them what they need to compete out there.”

More than 100 years before Paul was convicted to give to his local church school, Ellen G. White experienced the same calling to relieve the financial strain suffered during her era. After a very restless night, she wrote: “I have not been able to sleep . . . in regard to the debt on Battle Creek College.”3 Mrs. White’s solution was to donate the profits of her book, The Parables of Jesus, to help Seventh-day Adventist church schools. Her plan called for local conferences and ministers to encourage church members to purchase the book and for all proceeds to be contributed to defray the indebtedness of the church schools in the area.

Mrs. White wrote: “Let each member in each family in each church make determined efforts to deny self. Let us have the whole-hearted co-operation of all in our ranks. Let us all move forward willingly and intelligently to do what we can to relieve these of our schools that are struggling under a pressure of debt.”4 She clearly had in mind that the entire church community would contribute to relieving the debt of the schools.

Contemporary research supports the union of community and the school. Dipaola and Hoy5 found that community support of schools helps to foster student learning and achievement. Stringer encouraged educational stakeholders to become aware of what a community has to offer, so that when there is a need, it can be more easily met.6 In order to be aware of what the community has to offer the administration, and staff must establish professional relationships to serve the needs of the community and the school. In 2 Kings 6:1 to 5,7 we find a story of a community that freely donated to help the local School of the Prophets. As the prophet Elisha was teaching, the students voiced a serious concern about the size of the school:

“The company of the prophets said to Elisha, ‘Look, the place where we meet with you is too small for us. Let us go to the Jordan, where each of us can get a pole; and let us build a place there for us to meet.’ . . . They went to the Jordan and began to cut down trees. As one of them was cutting down a tree, the iron axhead fell into the water. ‘Oh no, my LORD!’ he cried out. ‘It was borrowed!’” (NIV).

Usually when we read this story, we focus on the miracle of the floating ax head, but notice that in verse five, the student exclaims, “‘It was borrowed!’” Remember that during the reign of King Saul, the Philistines monopolized iron in Palestine, making it very expensive. The owner of this expensive iron tool had confidence that it was being used for a good cause and faith that the tool would be returned. Elisha’s students only had to ask to borrow it.

How many more constituents are sitting in pews of churches waiting to be inspired to get involved, waiting to use their gifts to improve their local church school? As teachers, administrators, and students of the schools form relationships with members in the congregation and purposefully share their dreams with passion and intentionality, it maximizes the opportunities to dream big together and experience miracles. As we all get involved, the churches will be unified, the schools will be edified, and the Lord will be glorified. 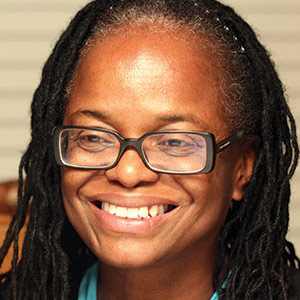 Betty F. Nugent, EdD, currently teaches at Forest Lake Academy in Apopka, Florida, U.S.A. As an educator with more than 30 years of teaching experience, Dr. Nugent also has experience as a grant writer, special-projects coordinator, and administrator. At the university level, she has served as a supervisor of student teachers and professor of various educational methods courses. Dr. Nugent completed a bachelor of science in behavioral sciences at Southern Adventist University in Collegedale, Tennessee, U.S.A.; a Master’s in educational psychology at Andrews University in Berrien Springs, Michigan, U.S.A.; and a doctorate in teacher leadership at Walden University, an accredited online university headquartered in Baltimore, Maryland, U.S,A. 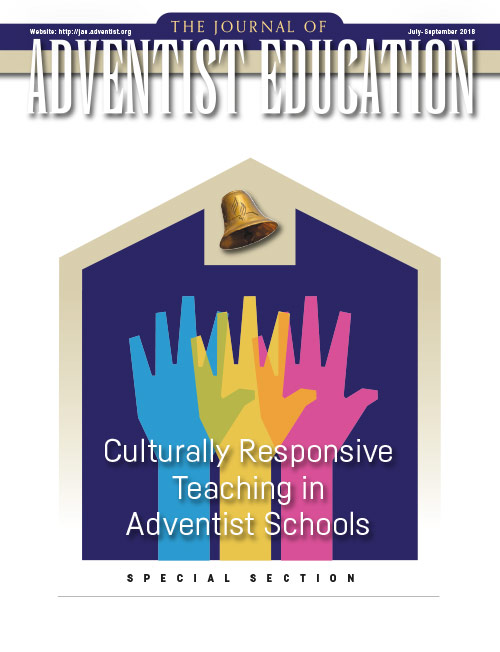