“By faith Moses, when he was come to years, refused to be called the son of Pharaoh's daughter; Choosing rather to suffer affliction with the people of God, than to enjoy the pleasures of sin for a season” (Hebrews 11:24, 25, KJV).1


The story of Moses is a familiar one among Bible students. He is referred to as one of ancient Israel’s greatest leaders. Despite initially making excuses, he led a multitude of difficult people through a trying journey—mostly in a desert land. At the same time, he is referred to as “very meek, above all the men which were upon the face of the earth” (Numbers 12:3); this combination of strength and meekness is rare among leaders.

In the book Patriarchs and Prophets, Ellen White describes the life-transforming moment when Moses encountered God in the wilderness and received his life’s assignment. She wrote, “Amazed and terrified at the command, Moses drew back, saying, “‘Who am I, that I should go unto Pharaoh, and that I should bring forth the children of Israel out of Egypt?’” The reply was, “‘Certainly I will be with thee; and this shall be a token unto thee, that I have sent thee: When thou hast brought forth the people out of Egypt, ye shall serve God upon this mountain.’”2

Yet this assurance was not enough. As Moses contemplated the task before him and how challenging it would be to lead a large group of people who had experienced so many difficulties and had little to no knowledge of God, he was overwhelmed with the magnitude of the task before him. Moses said to God “‘Behold, when I come unto the children of Israel, and shall say unto them, The God of your fathers hath sent me unto you; and they shall say to me, What is His name? What shall I say unto them?’” The answer was—“‘I AM THAT I AM.’””

Still, this was not enough. Ellen White wrote that “In his distress and fear he now pleaded as an excuse a lack of ready speech: ‘O my Lord, I am not eloquent, neither heretofore, nor since Thou hast spoken unto Thy servant; but I am slow of speech, and of a slow tongue.’ He had been away from the Egyptians for so long that he no longer had a clear knowledge of their language, nor could he speak it readily, as he had when he lived among them.”3

Ellen White went on to say that when people accept the responsibilities God entrusts upon them and wholeheartedly seek to become qualified to accomplish the tasks, they can be assured that God will grant “power” and “efficiency.”4 Regardless of ability or how seemingly modest the position, if the person trusts in divine power and works conscientiously and faithfully, he or she can attain much for God. “Had Moses relied upon his own strength and wisdom, and eagerly accepted the great charge, he would have evinced his entire unfitness for such a work.”5 God’s work is bigger than what one individual can accomplish in his or her own strength. In acknowledging weakness and the need for God’s divine intervention, each person opens the way for God to demonstrate magnificent power.6

Moses went on to become a giant of faith and performed miracles before the pharaoh of Egypt, at the Red Sea, and in the wilderness among the children of Israel. He is credited with having written the first five books of the Bible, as well as the Book of Job.7 God counted him a friend (Exodus 33:11, Numbers 12:8, Deuteronomy 34:11); a representative (Exodus 1:1); and, He gave Moses the Ten Commandments and several ceremonial laws for relationships, order, prosperity and hygiene.

But Moses’ life did not begin in such a glamorous fashion. He was born to Hebrew slaves, Amram and Jochebed, at the time when the pharaoh of Egypt had ordered all male Hebrew babies to be killed. Moses’ parents tried to hide him in the house but after three months, and as he grew, he did what babies do best—babble, cry, gurgle, and squeal; and it became dangerous for him to be hidden in the house any longer. Driven by love and a desire to protect her child and save his life, Jochebed decided to make a basket for Moses and take a risk by hiding him among the reeds by the river Nile.

Miriam, Moses’ sister, “stood at a distance to see what would happen to him” (Exodus 2:4, NIV). We do not know how long Moses stayed in the reeds, nor does the Bible give details about how his mother fed him or took care of his other needs. We do know, however, that Someone who loved and cared for him, watched over him.

Today, when one visits Cairo, Egypt, one sees many cruise ships and recreational boats on the river Nile; day and night, from transportation to entertainment, swimming to bathing, life along the river bustles with activity. Like now, it appears the river was not only a source of livelihood for Egypt in Moses’ time, but also a place of gathering for life’s necessities—bathing, recreation, and transportation. While Moses was hidden in the reeds, the princess—the daughter of Pharaoh—along with her maidservants, came to the river and quickly noticed something in the reeds. On closer examination, they discovered the basket carrying the baby. Filled with compassion in her heart for him, she knew that this baby must have belonged to a Hebrew family and was being hidden from being killed at her father’s orders (Exodus 2:6). She also knew that if she took him as her adopted son, her father would also have pity on him. So, she prepared to take him.

At that very moment, during the flurry of excitement, Miriam, Moses’ watchful sister, approached the princess’s party and came up with a simple, brilliant, well-thought through, and life-changing suggestion. “Shall I go and get one of the Hebrew women to nurse the baby for you?” (Exodus 2:7, NIV).8

This seemingly simple suggestion led to a series of events beginning with the baby being given to his biological mother to take care of him until he was “older” (about 12).9 She did what she knew was necessary as a Hebrew mother: teach Moses never to forget God or the people of his ancestry. I imagine she narrated the stories of Abraham, Isaac, and Jacob, as well as and how the children of Israel came to be living in Egypt.

Ellen White wrote of Moses’ mother, Jochebed: “How far-reaching in its results was the influence of that one Hebrew woman, and she an exile and a slave!”10 But it is also important to acknowledge that her far-reaching influence also extended to Miriam, who was responsible for making the suggestion that initiated a series of events that led to the making of the great leader that Moses became. Miriam said, “‘Shall I go . . . ?’” The confidence and faith with which she stated this was like saying, “I will go . . . .”11 It was so compelling in its nature and so full of confidence that the princess had to oblige. Miriam was not intimidated by the princess’ status—she did not give up or despair or run home to report to her mother that Moses had been taken by a high-ranking figure, and she could do nothing. Instead, she must have been driven by the Spirit of God to think otherwise.

She also must have had confidence in her mother’s care and teaching. Miriam’s suggestion impacted Moses’ future, and indeed the future of the whole nation of Israelites (Exodus 7:7). Moses accomplished a great mission as the leader of Israel’s exodus from Egypt, and this testifies to the importance of the work of the Christian mother who influenced not only Moses12 but Miriam as well.

Great things can come from small suggestions. Moses’ life and legacy grew out of one such suggestion. Moses and his siblings, Miriam and Aaron, were influenced by godly parents whose guidance and thousands of small suggestions over time shaped them into individuals willing to trust God and walk by faith regardless of the difficulty or danger. Teachers, administrators, parents, and all who are part of a child’s life have the power of suggestion and must use it wisely. The words spoken to these tender hearts, when guided and influenced by God-fearing adults, can make a difference in their lives and even in the lives of nations. And, similarly, as these words shape their trust in God, their words, too, can do the same, enabling them to say with confidence, like Miriam: “‘I Will Go!’”13 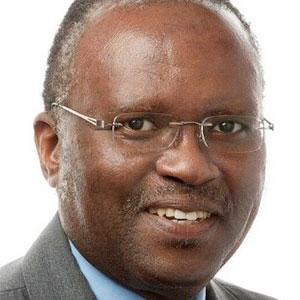 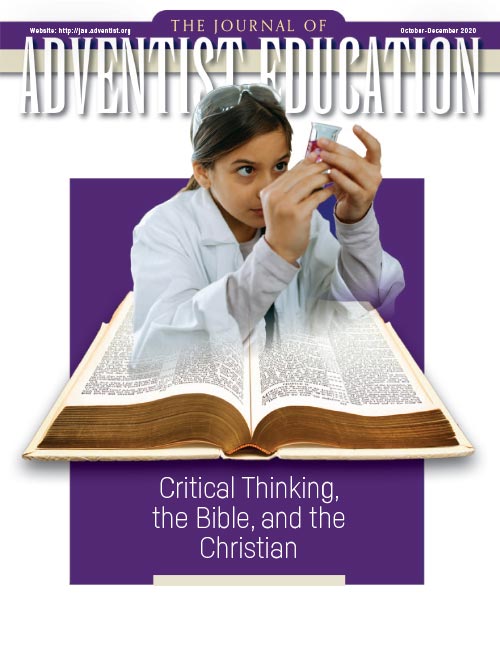