Design and Catastrophe: 51 Scientists Explore Evidence in Nature is primarily an easy, not too technical, read of 51 short essays, each three to four pages in length. Neither the title of this book nor the introduction claims to definitively prove origins by a designer or of Noah’s flood described in Genesis. Instead, the authors provide insights into how they personally see evidence of design and or catastrophe through the lens of their specialties as scientific researchers. As the introduction states, "The scientists who have contributed to this book have found in their experience that the biblical perspective illuminates what we see in nature" (xi). Together, these 51 essays illustrate that some of the data from science challenge some aspects of a completely naturalistic interpretation of origins, and that same data set can be reasonably interpreted as evidence of the biblical account of design and catastrophe and restoration.

The text, divided into nine parts, is not arranged by discipline but by roughly following the historical accounts of the early portion of Genesis. For this review, these nine parts are categorized into three groups. The first group of essays encompasses the physics and chemistry of origins. Most of the essays uncover the fine-tuning of the universe and our planet, the wonders of water that is so abundant on our earth, and the difficulty of random arrangements of atoms as a mechanism for forming complex biomolecules, including the origin of DNA and its role in life. In most of these essays, the topics that the authors encounter in their research lead them to a designer, and how through strictly naturalistic laws, the relations and complexities are far too improbable to have occurred by chance. The authors usually provide counterarguments from naturalistic perspectives followed with why the fundamental laws of physics and chemistry support their conviction of the existence of a designer.

The second group of essays deals with biological topics such as the origin of life and the diversity and complexity of life, including aspects of human life and emotion. These are slightly different from the first group and are very personal. They describe the complexity of the systems with which the authors work and describe their admiration of their beauty and complexity. Most of these essays do not present counterarguments from evolutionary biology. Instead, the authors reflect how their study moves them toward a thoughtful Creator rather than an unguided process of chance. A few of the essays in this group do, in fact, deal with alternative naturalist arguments (see “Our Spectacular Skeletons” by Liliana Endo-Munoz and “Cooperation, Empathy, and Altruism in Nature” by Noemí Durán as examples). The authors explore those arguments and describe how they see a simpler explanation by design. I understand the limit of three to four pages per author, but that limitation, I think, has a drawback. Given more space, some of the biological topics (and others) could reach into the counterarguments from naturalistic worldview in their explanations and reasoning. However, this does not diminish the arguments of beauty and appreciation of biological complexity that these authors share.

The last group of essays deals with geology and paleontology. The authors share their interest in geological phenomena, which they feel are not easily explained by traditional long-age uniformitarian processes. They provide compelling questions about widespread turbidity currents, sedimentary layers, and mega breccias, to name a few. Each author concludes that a biblical interpretation of a major catastrophe outlined in Genesis seems more consistent with many of these findings.

The apparent age of the Earth using various dating techniques is not dealt with directly and remains one of the topics that requires more intense study and discussion. I really appreciated the essay "Respecting God’s Word, God's World, and People in God’s Image" by Ben Clausen, especially in light of all the unrest in today’s society, as scientists, educators, and theologians strive together to investigate how we have come to be living in this moment of history.

The concluding essay titled “Brokenness, Hope, and Restoration” by David N. Mbungu nicely points out that the biblical worldview of origins is the only view that provides meaning to life and hope for the beyond. As with many of the essays, I appreciated the personal flavor of the presentation of this last chapter.

Since these essays reflect personal expressions of belief, I was glad that there was a short bibliographic segment for each contributor. I wish that the biographies (and the references cited) were included with each essay and not located in a separate section at the back of the book. I found myself constantly flipping back and forth as I read. The bibliographies and references are important pieces in understanding the personal nature of these essays.

Who can benefit from reading this book? Teachers at all levels can quickly gain insights from these topical essays and include them in their lessons and lectures. Many of the chapters can easily be adapted as a worship thought for personal contemplation or for sharing in the classroom. This book should be added to college students’ required reading list.

Those who already include a Creator in their worldview will be encouraged and possibly find new reasons to hold onto their faith, especially if they are feeling pressured by popular contrary beliefs. Pastors and laypeople could find this a valuable resource as they study with non-Christians or those struggling with the relationship between the Genesis account and what they commonly hear from evolutionism. This work will not, nor was it intended to, unequivocally convince an atheist or wholly naturalistic evolutionary scientist to give up on his or her view of origins. However, this book might be insightful to anyone (students included) who is unsatisfied with the improbabilities that arise from a purely naturalistic view of the origins of our universe and life, and who are searching for a reason for human existence.

In my concluding remarks, I need to point out that as I started this review, I glanced through the list of contributing authors and was gratified to see the names of several of my former students during my tenure at Andrews University and a long list of others whose lectures and presentations I have attended at various conferences, including some with whom I have had important conversations about many of these topics. One could thus argue that my review is somewhat biased. At some level, this is probably true. However, knowing many of the contributors also gives me an increased level of respect for the scientific merits of their research careers beyond what is briefly mentioned in their short essays and bibliography, and thus a deeper appreciation of their personal perspectives presented in the book. 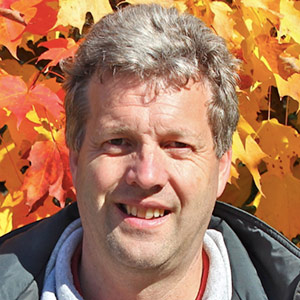 Gordon Atkins, PhD, is Nature Director at Camp Au Sable (Grayling, Michigan, U.S.A.) where he manages the Nature Center, develops outdoor-education programs for Seventh-day Adventist schools in Michigan, and also mentors teachers, organizes summer camp, and leads tours for the camp. Atkins holds a doctorate in Biology from McGill University (Montreal, Quebec, Canada), and is also an Adjunct Professor in the Biology Department at Andrews University (Berrien Springs, Michigan) where he teaches courses in Foundations of Biology, Ornithology, Neurobiology, and Animal Behavior. 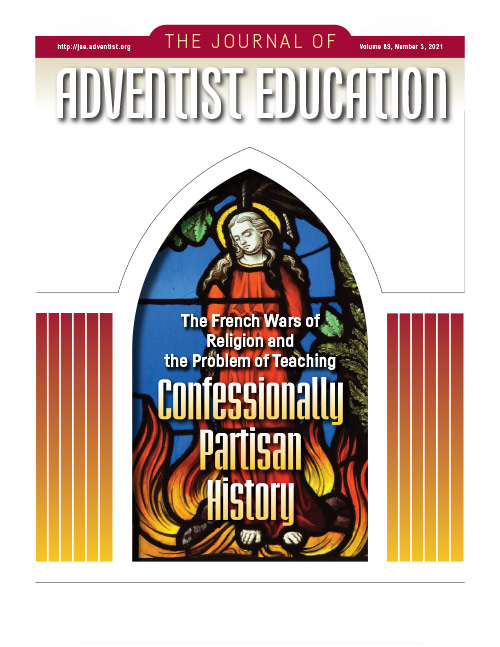