Europe, or the “Old Continent,” the cradle of Western civilization, is the second smallest continent in the world, after Australia, covering about two percent of our planet. The Inter-European Division (EUD) covers most of mainland Europe from Portugal to Romania and coordinates the activity of the Seventh-day Adventist Church in 20 countries (11 unions), serving a population of 340 million citizens, with the help of its approximately 180,000 believers.

Throughout the current territory of the EUD, more than 12 major languages ​​and numerous local dialects are spoken. Most people in the EUD countries declare themselves Christians (76 percent), with Europe hosting 26 percent of the world’s Christians. About five percent of the European population is Muslim (2.4 percent of Muslims worldwide; therefore, Islam is the second most widespread religion in Europe).1 From an economic point of view, one-third of the planet’s wealth is located in Europe, the wealthiest continent.2

The EUD territory has also been the cradle of specific genres of music, starting with the Early Music Era (after the fall of the Roman Empire) and continuing with the Medieval, Renaissance, Baroque, Classical, Romantic and Modern eras. Moreover, in the EUD area, the first foundations of world higher education were laid, starting in Italy with the University of Bologna (1088) as a pioneer, followed by six of the world’s oldest universities in the following cities: Salamanca, Spain (1134), Sorbonne, France (1160-1250), Padua (1222), Naples (1224), Siena (1240), Italy; and Coimbra, Portugal (1290).3

Located within the current territory of the EUD was the first Adventist mission destination outside the U.S.A. In 1874, J. N. Andrews settled in Basel, Switzerland, where he launched a brave canvassing missionary activity, established a publishing house, and printed Les Signes des Temps.4

During the 2015-2020 quinquennium, Adventist education in the EUD achieved significant progress in concept and image—even if quantifiable results are still a work in progress.

Despite these obvious and seemingly insurmountable barriers, EUD schools continue to develop conceptually, train wholistically, grow numerically, and significantly impact the general population. For example, the overwhelming majority of our primary and secondary schools have the largest percentage of their students coming from religious traditions other than Seventh-day Adventism; have either reached their maximum admission capacity or have significantly increased their enrollment; have long waiting lists, and have fulfilled the legal requirements for receiving state accreditation.

For the 2015-2020 quinquennium, the EUD administration proposed, and the executive committee voted, that Adventist education should be considered one of the division’s strategic areas of emphasis by adopting the following top priorities:

To foster professional excellence in ministerial training and practice, the EUD Board of Ministerial and Theological Education (BMTE) has defined an appropriate curriculum for pastoral education. It has outlined standard criteria for employment in our territory. In addition to this, the EUD BMTE is seeking to help theology students achieve a better understanding of their calling and of what pastoral ministry entails: a higher level of maturity to tackle questions and issues as they relate to real-life situations, as well as a more explicit focus on the practical aspects of ministry and the way theological issues impact mission. To reach this goal, the EUD BMTE members have drafted and voted the Core Curriculum Content for Ministerial and Theological Education in the Inter-European Division, which includes a significantly increased emphasis on topics relating to practical theology.

To meet the demands for the ongoing training of the division’s Adventist school staff, during the past quinquennium (2015-2020), we organized training courses for presidents/directors, business managers, fundraisers, Bible teachers, chaplains, cooks, librarians, dormitory deans, and Accrediting Association of Seventh-day Adventist Schools, Colleges, and Universities (AAA) team members. The division also co-organized other events, such as the biennial Convention of the European Theology Teachers (ETTC) in partnership with the Trans-European and Euro-Asia divisions and several schools of theology, and, through its representatives, it joined meetings that facilitated thematic knowledge and dialogue among teachers, such as conventions for teachers in Germany, Romania, and Spain.

The Growing Demand for Adventist Primary and Secondary Education

Despite the relatively small number of primary and secondary schools in the EUD, the quality of the education offered continues to grow, and enrollment is on the upswing. Moreover, schools eagerly share how they came into existence in the respective communities and continue innovating with bold, visionary ideas for the future. Space limitations allow for only one example from each union with primary and secondary schools:

Out of characteristic generosity, God frequently provides signs of His goodness and confirmations that Adventist education brings more people to Christ6 than most other current missionary church projects. There are so many amazing stories about children and young people from all over the EUD who have found salvation in Jesus Christ because of attending our schools, and faculty who have experienced the same from teaching or serving as educational administrators at our schools. Below are a few examples of how Adventist education continues to transform lives.

About 15 years ago, a businessman in Prague was baptized into the Seventh-day Adventist Church. He soon discovered the Spirit of Prophecy books and read them prayerfully. This is how he found out that Adventist parents should send their children to Adventist schools. However, since there were none close by to which he could send his children, he was inspired to start one. As a businessman, he used his resources and proceeded to open the first Seventh-day Adventist school in the third most secular country in the world, the Czech Republic, where unexpectedly, confessional church-based schools are ranked higher than state or private schools. Currently, 159 out of the 209 students at Elijah School are non-Adventists. Here is what some of their parents say about their experiences:

“After two years of home schooling, I wrote on Facebook that I was looking for an inclusive school, promoting acceptance and personal approach. The answer I got was discouraging: “You won’t find such a school in Prague.” Finally, I got the info about Elijah School. Two hours after we got there, my boy told me: ‘I like it here!’ . . . and finally, he was back to the kind of school we had been dreaming of for two years.”

Another mother shared her story: “My teenage girl was having fun at the state school, but I was looking for something different. I suggested a three-month challenge. After two weeks, she let me know that she was no longer interested in returning to her previous school.” Another student confessed that he has never looked for an excuse to stay at home since enrolling in Elijah School, such as telling his parents that he had a sore throat.

We are looking forward to more exciting experiences coming from Prague in the current quinquennium.

The principal of Maurice Tièche, the K-12 Adventist school in Collonges, France, shared two instances of unexpected feedback received a few years ago. A well-known French architect was designing renovation plans for the home of Jacques Chirac, a former president of France. One day, she notified the family that she would be absent from work since she had to travel to the province of Haute-Savoie to look for a school for her daughter. Jacques Chirac’s daughter, Claude, who overheard the conversation, asked: “What kind of school in that area is worth sending your child to?” When the architect answered: “Maurice Tièche,” Claude Chirac's reply was the following: “Yes, Maurice Tièche is indeed worth all the effort!” and then she added a list of other arguments in favor of the school.

A similar experience involved Anne-Aymone Giscard d’Estaing, the wife of another former French president, Valéry Giscard d’Estaing. She warmly recommended the Maurice Tièche boarding school to an Adventist family from Paris since the president’s grandson had been a student there about 10 years before. The Adventist family followed her advice and sent their two children to Maurice Tièche to prepare for their baccalaureate exam.

Another transformative experience comes from Romania. After the long period of communist supremacy, the Adventist Church in Romania entered a broad and complex process of multilateral development. Adventist education had not been a priority since the beginning of the last decade of the previous century, so when discussions started about the prospect of transforming the theological seminary in Bucharest into a university, union administrators realized the institution did not have enough qualified staff (administration and faculty) to manage the transition effectively. Therefore, the Romanian Union decided to appoint as president an Adventist teacher in training to manage the current activities of the institution. At the same time, the legal and external representation was entrusted to Dr. Ion Toma,7 a non-Adventist teacher who met the legal criteria and would serve as rector. With this leadership, the university kept improving in all aspects, and in 2016 received institutional accreditation from the Romanian government for the maximum legal term (five years) and with the second-to-best rating (“Confidence”). During his more than 10-year service as rector, Toma made a decisive commitment to maintaining the institution’s growth until it received its final accreditation. What did the university offer him in return? More than anything else, Cernica was for Toma the place where he discovered the spiritual dimension of life and where his heart started to change gradually―to the point that in 2017, he dedicated himself completely to a relationship with Jesus and was baptized into the Adventist Church.

In the new quinquennium, Adventist education will continue to be a priority within the EUD, both in terms of financial investments and valuing its contribution to the mission of the Seventh-day Adventist Church. The following are some of the new initiatives planned:

With ongoing favorable financial and mission-minded support, we will continue to build on what we are already doing so that Adventist education in the EUD will continue to be a transformative force in the lives of students, teachers and administrators, and parents. 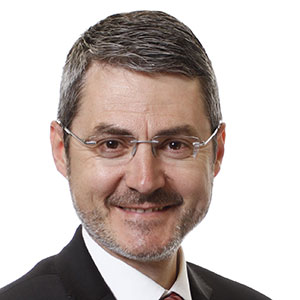 Marius Munteanu, PhD, is the Director of Education and Chaplaincy for the Inter-European Division of Seventh-day Adventists in Berne, Switzerland. 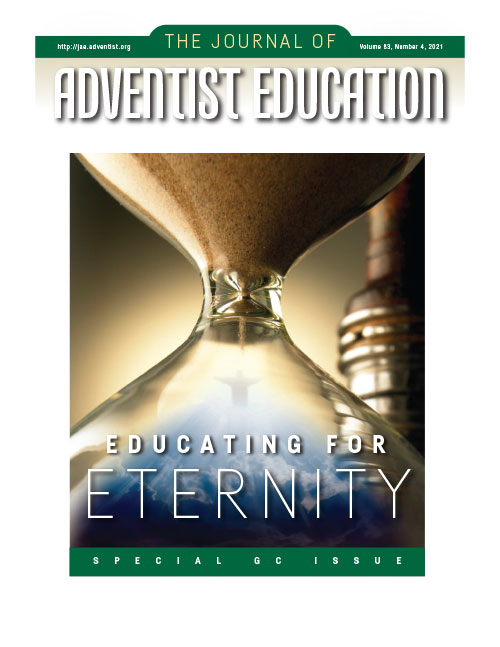