Seventh-day Adventists can be justifiably proud of their educational system. It is one of the largest Protestant educational systems in the world, with 9,489 schools at all levels as of December 2020.1 Its scope is impressive, ranging from preschool through college and graduate school with Master’s and doctoral degree programs that include human medicine and dentistry. Adventists have been overachievers with their school system; however, the membership of the Adventist Church in the United States comprises only 0.41 percent of the population,2 it operates 2.2 percent of the religiously affiliated schools.3 In contrast, those who identify with the largest Protestant group, the Baptist tradition, make up 10.7 percent4 of the U.S. population, and their schools account for 5.3 percent of religious schools.5 This disproportionally extensive Adventist educational system has been made possible by dedicated faculty, staff, and school administrators who often work for missionary wages because of their firm belief in the church’s mission, church subsidies, and parents who support tuition-based education. Church leaders at all levels, along with parents, alumni, and constituents, have also treasured the vision of such education and supported efforts to develop and expand it.

However, education was not highly prized initially; early Adventists in the 1840s did not value educating their children since they believed Christ’s second coming was imminent. But by the 1850s, they were advised by church co-founder and visionary Ellen White that their children needed basic skills to cope with the secular world around them, and they also needed to be shielded from ridicule expressed by classmates toward their peculiar religious beliefs, which could result in their leaving the faith.6

Homeschooling seemed to be the answer initially, but this endeavor proved insufficient to meet all students’ educational needs. Martha Byington taught the first-known Adventist school in Buck’s Bridge, New York, in 1852.7 James White attempted to begin an Adventist school in Battle Creek, Michigan, in 1858. It was finally organized in 1872 under the leadership of Goodloe Harper Bell and officially sponsored by the then nine-year-old denomination. This followed Ellen White’s first comprehensive essay about education in January of that year.8 In “Proper Education” (1872), later included in Testimonies for the Church, she described a “proper education” that in modern parlance would be termed “wholistic.” In it, “moral, intellectual, and physical culture should be combined to have well-developed, well-balanced men and women.”9 This combination should include agriculture and manufacturing enterprises at the schools to allow the students’ weary minds to rest. At the same time, their bodies worked, and their health improved. The opening sentence in her book Education, adapted in True Education, summarized her philosophy:

“True education means more than pursuing a certain course of study. It has to do with the whole person, and with the whole period of existence possible to human beings. It is the harmonious development of the physical, the mental, and the spiritual powers.”10

This idea is reiterated in the North American Division’s Working Policy, Philosophy of Education.11

Although Ellen White never used the term herself, this wholistic approach was termed “the blueprint” by subsequent writers and became a hallmark of Adventist education.12 Yet, as Floyd Greenleaf wrote in his definitive treatment of the history of this metaphor, there have been many varieties of its definition.

“If we choose to call Ellen White’s instruction about education the blueprint, the breadth of her understanding of education dictates that we must define the term clearly enough to ensure meaningful discourse. The apt metaphor that appeared in Advent-ese a century ago has lost much of its meaning because writers and speakers have too often twisted it to suit their purposes. Sometimes it has become a weapon to separate supposed educational goats from supposed sheep. For some, it has been a kind of imprimatur to authenticate a given program, institution, or even a person as ‘traditionally Adventist.’”13

How Agriculture Has Changed in the United States Since 1900

I do not intend to wade into all the components of “the blueprint” in the following discussion. Still, I will focus on the component considered essential in almost all definitions: agriculture—a discipline I have been involved with professionally and personally for the past 36 years. I will also confine my remarks to agriculture in Adventist education in the North American Division.

Therefore, in the late 19th century, the students who attended Adventist schools likely had a farm background or farming experience in a rural area. Church historian George Knight described that “agricultural education was relevant and useful for almost everyone at this time. In many places, land was almost free, and all a person needed to begin was a horse and a plow. Success resulted from putting as much land under cultivation as possible.”16 “As a result of Ellen White’s counsel, Adventist colleges and secondary schools settled on large tracts of land where they established dairy herds and cultivated extensive acreage—often in single crops such as corn or wheat for a cash market.”17One exception to this was Emmanuel Missionary College [now Andrews University], the location of which was chosen based on the excellent fruit and vegetable production found in southwestern Michigan.18 EMC also developed a dairy and had a large flock of chickens. Produce raised by the students not only provided food for the school kitchen,19 it also gave the students practical knowledge and manual culture. It allowed them to sell their produce to the Chicago markets to defray the cost of their tuition.20

“In other words, Adventist agriculture programs in the late 19th century and the early 20th century were inherently practical. Since these procedures fulfilled and harmonized with Ellen White’s counsels, Adventist schools have often felt obliged to continue the same programs into the last quarter of the 20th century,”21 Knight wrote in 1988. But as he pointed out, modern agriculture is expensive and in many cases is no longer relevant to furthering the church’s goals for practical training or mission work.22 “Rather than ‘faithfully’ and unthinkingly standing by past methods, Adventist leaders need to extract the timeless principles from inspired guidance. They should creatively seek to develop methodologies that will apply the intent of those counsels in current contexts.”23

Much has changed in agriculture and agriculture education since 1900. First, in 2019, the percentage of the U.S. population working on farms and producing food dropped to 1.4 percent.24 The percentage of those living in rural areas has decreased as well. Second, due to technological advances, agriculture in the United States has become very specialized, mechanized, and efficient, so fewer people are needed. Third, college-aged students are not convinced that a career in agriculture and related fields is for them.25 They do not see it as relevant. In Adventist circles, the message is sometimes subliminally presented that the primary professions that should be pursued are preacher, teacher, doctor, or nurse.

Updating the Timeless Principles of the Blueprint for the 21st Century

Now that we are well into the 21st century, how can agriculture programs be made relevant using the “timeless principles” in Adventist education of a spiritual and whole-person education centered on service? Let’s consider some ideas to abandon:

1. Students can work their way through school. Tuition costs for secondary and tertiary students have greatly exceeded the rate of inflation in recent decades. As a result, it is now impossible for college students to study and work to pay their way through school.26 (See Figure 1). While this chart shows the costs for college students in public institutions, it also represents the situation for students in private schools.

Figure 1. Number of full-time weeks of minimum-wage work needed to pay for the average tuition of a four-year public institution.

2. All that is needed is arable land. Indeed, large tracts of land, significant infrastructure, and time commitments are needed for students to learn the “timeless principles.” However, more is required to sustain such programs. A few years ago, a colleague and I toured several Adventist academies that once had thriving agriculture programs. We interviewed current and former faculty members about what had happened to this program. The reasons they cited can be divided into three categories:

There are, however, ideas that should be embraced. Here are a few to consider:

Agriculture can be an applied-STEM discipline. For example, students use math, chemistry, biology, physics, and engineering to accomplish their goals in agriculture. They need to understand what they are doing as they apply what is learned in their science classes to agriculture. They need assignments that challenge their creativity and ingenuity. Working with professors and mentors lets them engage in research projects that pair agriculture with what they learn in other classes.

How, then, can Adventist schools apply and update the original principles of the “blueprint” in the 21st century? Below are recommendations that can be implemented at all levels, along with organizations that offer resources that can be used to support projects:

As a result of Ellen White’s counsel, Adventist colleges and secondary schools settled on large tracts of land where they established dairy herds and cultivated extensive acreage—often in single crops such as corn or wheat for a cash market.

Another example is “The Edge”—a community flower and vegetable garden on the Walla Walla University campus (College Place, Washington, U.S.A.) campus created to be a gift to the community. Initiated by Troy Fitzgerald, outreach pastor for the university church, the garden is designed to be a place where community members can freely “gather, collect, and share” (see Gifting ‘the edge). And, Andrews University offers an example with its venture into sustainable agriculture: https://adventistreview.org/news/andrews-university-invests-in-sustainable-agriculture/. Research on the value of school gardens continues to grow, a sampling of the benefits is available here: https://www.gse.harvard.edu/news/uk/18/07/let-it-grow.

In addition, some organizations offer resources that can be used to help implement various projects or generate new project ideas. These include the following:

Seventh-day Adventists have established a worldwide, robust, and wholistic educational system following the principles (also known as the “blueprint”) expressed by church co-founder and visionary Ellen G. White. To remain relevant in the 21st century, updates and modifications need to be made to the applications of the agricultural portion of the “blueprint” to maintain the timeless principles found in it. Faculty, staff, and administrators of Adventist schools who wish to adhere to these principles should examine cost-effective ways of delivering that content that engage the minds and imaginations of their students. 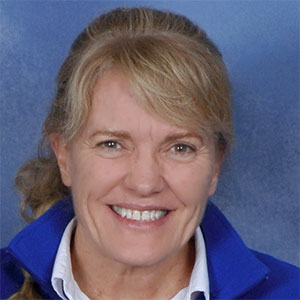 Katherine Koudele, PhD, is Professor of Animal Science and Chair of the Department of Sustainable Agriculture at Andrews University (Berrien Springs, Michigan, U.S.A.). She holds both a bachelor’s degree in biology and chemistry, and a Master’s degree in biology from Andrews University, and a doctorate in animal science from Michigan State University (Lansing, Michigan). Dr. Koudele is the pre-veterinary advisor at Andrews for students interested in working in places such as zoos, dairy farms, horse farms, camps, ranches, dog training, and much more. Her areas of research interest include animal behavior and management and, in collaboration with the Horn Archaeological Institute, the analysis of faunal remains from the biblical city of Tall Jalul, Jordan. 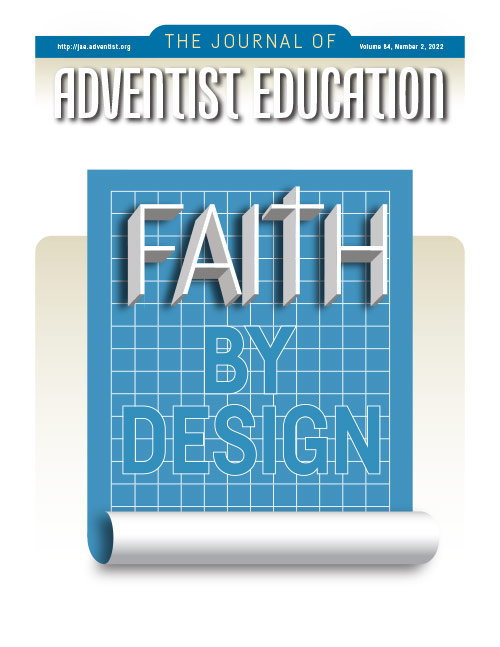